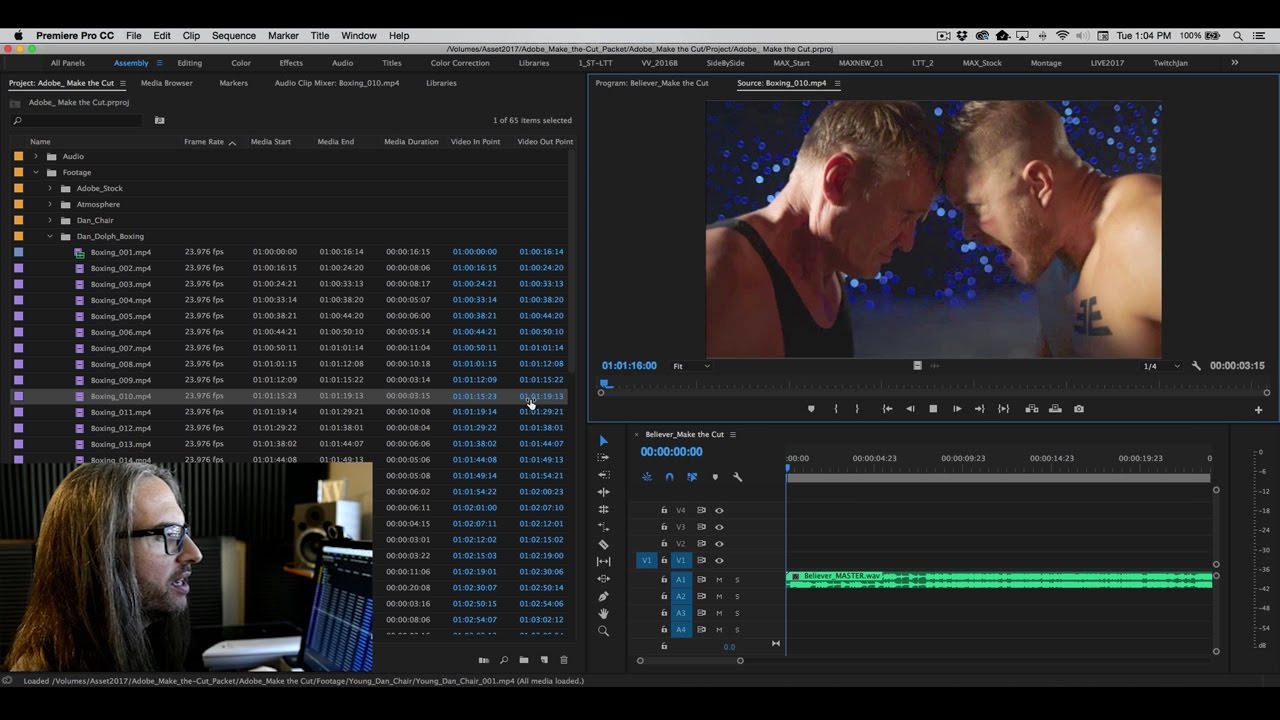 There are two big questions you need to answer when the time comes to archive your project:

As we’ve discussed before, the “where” is pretty confused right now. Options include LTO tape, hard disks, DVDs and The Cloud.

But, if you are using Premiere, the “what” is getting easier to answer, thanks to the Project Manager. Let’s take a look at this powerful feature. 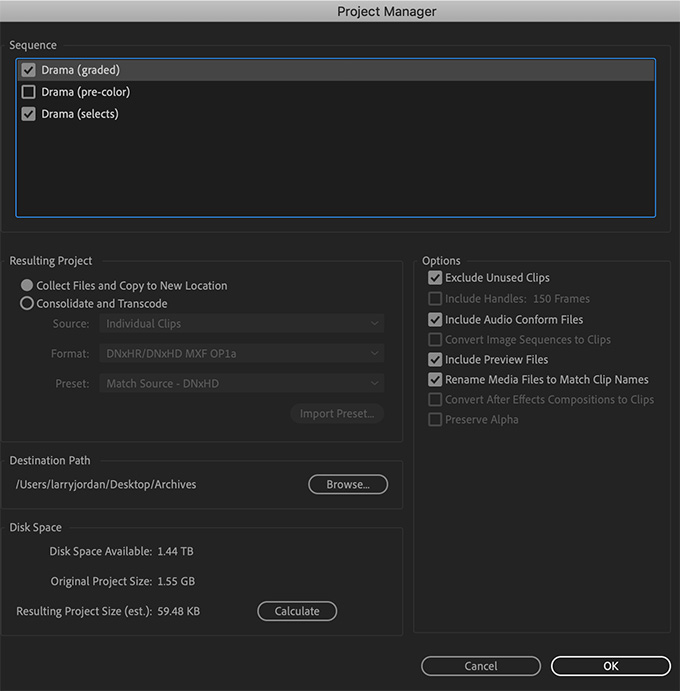 In this article, we will look at the first option.

NOTE: Collecting files into a single location is also a good idea if you plan to share these files between editors.

At the top of the window is a list of all the sequences in your project. Check those that you want to consolidate and archive. While conserving storage space is important, remember this it the long-term archive of your project. Don’t exclude media that you might find useful if your project becomes a wild success and you need to create a Tenth Anniversary version. 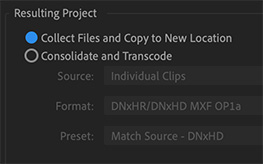 Next, check Collect Files and Copy to New Location.

This option, as you might guess, finds all the files in your project and copies them into a new location. There are several notes here: 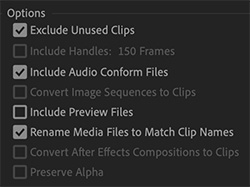 In the Options section:

Next, set a Destination Path to a folder specific to that project. Yes, you can store projects anywhere, but, especially when archiving, putting everything related to one project in one folder is a great way to keep things organized.

Click Calculate, at the bottom, to make sure you have enough room to store the project. Then, click OK.

Some projects never need to be archived. Others, though, have a life far beyond their original release. By taking the time to collect all the different project files and put them into one place you can assure yourself they will be around when you need them again in the future.

Edit smarter with Larry’s brand-new webinars, all available in our store.

Subscribe to Larry's FREE weekly newsletter and save 10%
on your first purchase.

Note: this is the archived copy of our review from 2013, provided for you to peruse if you’re curious about how things have changed since then.

Adobe has entered a new chapter; one where you don't own your software anymore, but rent it from them and pay a monthly subscription to keep using it.

The whole concept of software is changing and it might be having some radical benefits, like what happened with Adobe Premiere Pro CC version 7.0.1. Although a minor increase in version number, many improvements have been made to the software that will make your editing easier and faster, and isn't that the whole point of a video editing application?

Premiere Pro is already an extremely competent app which allows you to work with practically any clip you'd care to throw at it, so what little nuggets have Adobe offered its legion of editors with this new update?

Many of those new features are quite small, but their value lies in what they help you achieve, and they're all much welcomed and needed improvements.

Let's take a look at three of them, like Premiere Pro's titles.

You can spend time creating one that looks exactly right, but duplicating it as an independent title so you can use the exact same style elsewhere along your timeline is now child's play: hold down the Option or Alt key (depending on your computing platform) to create a new, unique instance of the first title, which you can then alter without those changes being copied back to the original. This may not sound like much, but if you work with titles a lot, you may well appreciate this greatly.

Another small change is what Adobe have done with subclips. These are not independent clips, but linked to a longer one, and are used most often to isolate parts you might be interested in without having to scroll through the whole original to find them again. When creating a subclip, you now have the option of being able to alter its in- and out-points later on.

Before this update, those points were set and the subclip behaved as if there was no other footage beyond those boundaries, even though there obviously was.

Once that new option is enabled when you create a subclip, you can extend those boundaries to give you a little breathing room for transitions and such like, should your edit require it. This is a great feature as it saves you having to go back to the original clip to grab the footage from there again if the original subclip's limits got a little too tight for your needs.

When it comes to creating L-cuts (when a clip's audio and video are cut independently at different times - something which is done to add dynamism to your edit), you'll love the new 'Linked Selection' button in the Timeline.

When you toggle it, you can edit either part of your clip, be it the video or audio section, without affecting the other. It makes L-cutting an absolute breeze. Your clips' audio and video are still connected, and toggling that button again re-establishes that link automatically.

There's the potential that you might inadvertently move the audio and video out of sync with this feature which is why a new display indicating if a clip has gone out of sync in the Timeline is also very welcome indeed, although this feature isn't toggled on by default.

It's hard to do justice to such a huge program in such a short review, but all the features that have been added to Premiere Pro CC 7.0.1 will be beneficial to your workflow in some way, especially if you're migrating from other apps like Final Cut Pro, as Premiere now behaves more like that you're used to.

Veteran users should also appreciate the timesaving these features afford you.

All in all, this is a very worthy upgrade and if a lowly x.x.1 update brought all this to the platform, we very much look forward to the next 'incremental' change from Adobe.

It's obvious that Adobe are determined to make Premiere Pro the best editing choice for filmmakers, and their constant refinement of the program while keeping it as stable as it is, is extremely good news for the community.

Some changes are playing catch up with the competition while others move it forward. There's nothing groundbreaking here, just little touches which should make our editing jobs a little easier and hopefully allow us to finish a project before the early hours of the morning for once!

It's the number of changes, over the whole interface and editing process, which makes this update so appealing. It makes us feel like Adobe are listening to their customers - and this can only be a good thing.

Being able to own the software would be great, as opposed to merely renting it.

The price may be attractive but Adobe locks you in to yearly commitments and the moment you decide not to pay for it, your app will no longer work. How attractive this is to people, only time will tell, but not only could it cause some who are uncomfortable with the idea to shop elsewhere, it destroys any chance of reselling your copy should you no longer wish to edit with Premiere in the future.

You do get the benefit of getting the latest updates as soon as they're released, which will be a change for some editors who buy an app and keep it for as long as possible before feeling the need to upgrade to the latest and greatest.

But apart from that, there's really not much to complain about. This is a solid update which brings many advantages. It works on multiple platforms, and it holds its own on older machines, unlike certain wiz bang programs from the competition.

If you're an experienced Premiere editor, you'll love the new changes; those that are migrating from elsewhere will appreciate that Premiere is behaving more and more like what they're used to, making the transition much easier. What's not to like?