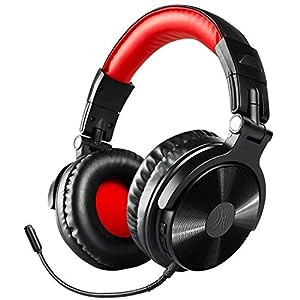 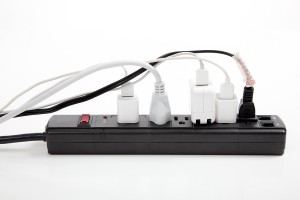 When we were talking to some of our customers from McKinney and Plano areas the other day, it was apparent most folks believe that as long as you have a surge protector, all your appliances currently plugged into it are safe and immune from power surges that are capable of seriously harming your computers.

The truth, however, is not as encouraging.

In some ways, an inexpensive surge protector is a little like a motorcycle helmet.

Once it’s taken a very good solid shock, it may no longer be as effective as before.

Obviously, the more money you put into a surge protector, the longer they are likely to last and the more abuse they should be able to take, but the average inexpensive surge protector is only good for a few incidents. Then it’s wise to replace them.

You spent quite a bit of money to buy your computer, and the peripherals that are plugged into it. We think it would be a very good idea to spend a little bit more next time you are down at the computer store and invest in either a decent surge protector, or  better yet  – an uninterruptable power source.

This is a device that has a built in battery, so if you suffer a surge in power or a complete outage:

Fluctuating power and poor air circulation are the leading causes of power supply failure in modern computers. Fluctuating power, over time, can compromise the health of many hardware components by not delivering the steady wattage that is needed.

A large variety of products are available to adequately protect your sensitive electronic devices from power issues and it’s crucial that these steps are taken to ensure the longer life of your equipment. Even standard laptops should be plugged into a surge protector because they are particularly susceptible to surges in power.

If you are unsure of what method of protection against power surges would work best for you, call your local computer technicians – PC Geeks in Allen or Frisco –  and we would be glad to advise you of your best options.

Don't wait for disaster to strike, and invest in the best surge protector now. Especially if you have irreplaceable electronic devices, such as servers and NAS devices holding important files, a reliable surge protector is an integral part of your setup. These peripherals will protect your equipment from random power spike damage, and save you huge amounts of money, stress and heartache.

When looking for the best surge protector for your needs, factors such as surge protection rating (measured in joules), power rating, number of outlets and cord length all come into play. Extras such as USB ports, voice compatibility and rugged protective housing are available on certain models.

Whatever kind of surge protector you need, we’re here to help. We picked out the best surge protectors in 2020, which offer a healthy selection of features and protection options. So, get proactive, and get the ideal one for you now.

For helping to protect your computer better, it's also worth considering adding an Uninterrupted Power Supply (UPS).

Best surge protectors at a glance

If you’re looking for a smart surge protector from a known brand, TP-Link’s Kasa Smart Power Strip is a costlier alternative to the Teckin. And if you are willing to pay more, you’ll benefit from knowing that this model is rated at a sufficient 1710 joules of protection. Functionality-wise it’s near-identical, offering voice control and scheduling support for owners of Amazon Alexa and Google Voice-compatible devices. In a similar manner to the DoubleYI surge protector, its three USB ports automatically prioritise charging speed depending on how many gadgets are connected.

Short on space? Then why not opt for this 12-outlet surge protector from DoubleYI, which extends vertically. Its 1000 joule rating is enough to cope with most average electronic devices, and you get the added benefit of having five USB Type-A ports for charging smartphones, tablets and suchlike. Four of those use Smart IC tech that distributes power evenly, so the fewer appliances that are connected, the faster they charge. Two power buttons turn banks of six outlets on and off at a time, so there’s no option to them off individually which could pose a problem for control freaks.

If you’re looking at rocking out with a heavy metal surge protector, this 6-outlet model from Tripp Lite fits the bill. With a compact design, what it lacks in space to accommodate larger transformers it makes up for in safety features. In addition to thermal fusing for fail-safe protection and a multi-component firewall, the model packs a high 3330-joule rating and a solid metal housing to prevent it from bursting into flames in the event of a major electrical spike. With its grey-and-black two-tone design, it’s arguably one of the more aesthetically appealing beefy surge protectors so it won’t look out of place in home or office.

While there are sturdier surge protectors out there, this basic plastic model from Amazon offers the highest joule rating on our list for the lowest cost. Its 12 well-spaced outlets are protected by sliding covers and can accommodate larger transformers at its corners. Its power switch integrates with a 15Amp overload resettable circuit breaker, and built-in LEDs indicate when devices are protected, and wiring is grounded. While this is reassuring, those lights are permanently on and shine like green beacons in the dark which could irritate you when trying to get to sleep.

If you’re seeking a surge protector that lets you control sockets and appliances with your voice, this model from Teckin is by far the more affordable option on our list. Like the TP-Link Kasa below, it lets you power sockets on or off by speaking to Amazon Alexa and Google Voice-compatible devices, and app-based scheduling functionality lets you automatically power connected appliances up or down throughout the day. Something to consider is that this model supports a maximum 10-amp load, versus the TP-Link’s 15 amps, and Teckin for reasons unknown hasn’t specified its surge protector’s joule rating. That said, it hasn’t put off more than 650 people who have left it 5-star reviews on Amazon.

It’ll leave you hooked on power

Schneider knows that bending down to unplug appliances can be a pain, which is why it’s given this Desk Mount surge protector a nifty hookable design. Fitting it underneath a monitor will add the convenience of a rare USB-C port used for charging anything from smartphones to powerbricks, and two standard USB Type-A ones have been included underneath that for good measure. If you’re going to sling this unconventional surge protector over a desk or partition, just be aware that Schneider recommends it has a thickness of 9.98 – 2.4 inches for an optimal fit.

It will even protect your fax machine

It may not be much of a looker, but Tripp’s Lite surge protector is a beefy unit capable of protecting any number of electrical appliances – even fax machines thanks to built-in RJ11 jacks and a six-foot telephone cord. It comes with 12 outlets, four of which are spaced wider apart to accommodate connecting multiple bulky transformers. And if you do want to show off the Tripp Lite for any reason (hey, who are we to judge), its keyhole supports wall mounting. Other features include diagnostic LEDs that warn when surge suppression has kicked in, and child safety covers for peace of mind.

When it comes to getting back for your buck, the AmazonBasics 6-Outlet Surge Protector is hard to beat. With 3-line basic surge protection at a rating of 200 joules, this AmazonBasics model is suitable for connecting small appliances such as phones, lamps and other bedside gadgets. If an electrical spike occurs, the surge protector’s red status LED indicator will switch off to let you know that it’s done its job and needs replacing; which won’t be an issue, as Amazon sends you two in the box.

I use my G75VW as a desktop replacement. Ive had it for about 2 months now and rarely unplug from the wall outlet. I noticed this little tidbit in the manual tho..."WARNING! DO NOT connect the AC power cord to an AC outlet prior to connecting the DC plug to the Notebook PC. Doing so may damage the AC-DC adapter" Which brings me to my question. On the rare occasion that I actually do unplug it, I just plug/unplug from laptop leaving the adaptor plugged into wall. Is this OK or should I unplug from wall first then the laptop? Then later plug back into laptop first then the wall outlet last? Any thoughts as I am slightly worried after reading the warning. tia
That's interesting! I had to check my G74SX manual and find no such warning. However, it does have a numbered diagram that indicates:
1) Plug the AC cable into the power brick
2) Plug the DC cable into the laptop
3) Plug the AC cable plug into the AC outlet.

Prior to this laptop, I always plugged the power adapter into the AC socket first for all the other laptops I've owned. With the exception of that one catastrophic explosion (just kidding), I never had a problem. I'd be a lot more worried if the outlet was not properly grounded.

Since my G74SX never moves from its current location 99.99% of the time, I plug and unplug the AC cable from the power adapter brick, leaving the plug in the AC outlet (on a big surge protector behind my HDTV) as well as the DC plug in the laptop. This prevents any stress on the laptop power connector pin and eliminates a path for a freak lightning strike to follow the house electrical system to the power adapter or computer. This is probably a bad practice since they are trying to prevent any sparking at the power brick, but no problems with this procedure since September, 2011. I don't plan on making any changes.

My favorite warning in my manual is:

DC Fan warning
Please note that the DC fan is a moving part that may cause DANGER.
Ensure to keep your body from the moving fan blades.

If you unplug it somewhere, that pretty much guarantees no problem from lightning strikes. As to UPS's protecting, if they are surge-supressing, then you should be fine. Besides, a number of the surge-supressor companies give $50,000 warranties...*zap*...phone call...new computer! ;)
could you post to here, becasue i saw the manual that is download from asus support site, i can not see.

What’s New in the Surge Protector For Gaming PC Archives?